The Rogues Gallery displays family court judges that have come to the attention of the FCVFC as being biased and making unjust decisions. Click on each photo to see the report of that judge’s activities and the motion for recusal. 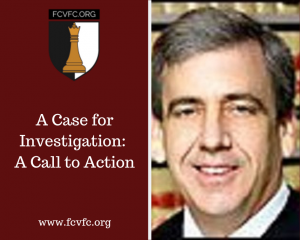 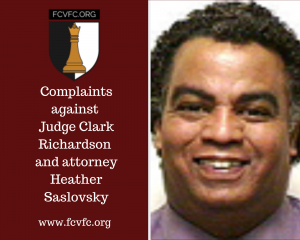 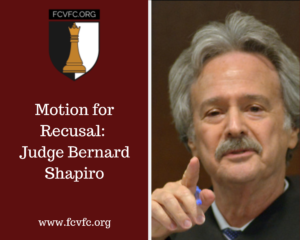 The FCVFC takes the position that responsibility begins with the the Judge: the Judicial decision maker, the Finder of Fact – or the authority that blocks, distorts, or ignores facts. Thorough scrutiny of court transcripts and research into who is this judge and how he or she arrived at the position that has been central to destroying the lives of children and all who love them is a central factor in understanding how each case went off the rails.

In the FCVFC, research and minute case analysis takes shape as detailed Complaints against judges who are deemed to be responsible for various forms of judicial misconduct, or simply criminal behavior.

In fact, the majestic legal career of former Arkansas attorney Judge Michael Maggio was brought down by investigative journalism which began with complaints against his displays of mysogeny and penchant for transferring children into the hands of their sexual abusers. Judge Maggio was sent to Federal prison on a ten year jail sentence as of July, 2017.

This site is posting photos of these judges to demonstrate how normal, civilized, attractive, and reasonable these judges appear, despite their involvement in crimes of the most heinous, despicable nature. These judges are “canonized,” inoculated against responsibility for the consequences of their vile acts. In the cases written about on this site, the judges’ behavior is clearly, beyond a reasonable doubt, conscious, malevolent, and obdurate.

The public must be conscious of the fact that for a judge, Absolute Immunity is supported by absolutely no meaningful oversight of judicial malfeasance.

If the courts were banks, the polling for service satisfaction on multiple levels would be scrutinized as would be reviews of performance with PhD levels of statistical analysis on multiple variables. While judges are decently paid, courts are poorly equipped with technology to provide independent surveillance of court proceedings. Audio and video taping of proceedings of every form of litigation should be built into the structure of the court, not dependent on litigants’ personal ability to supplement the salaries of court reporters to attain transcripts. The state of technology in courts across the country tends to be limited to the ability of litigants to pay for private court reporters and multiple copies of transcripts, creating massive costs and inequity as to equal access to justice in American courts.

The “Rogues Gallery” Column of the FCVFC’s USWhistleBlower displays how the FCVFC isolates, analyzes, and reports on a case-by-case basis, what goes on in the family court system in order to help our clients and other protective parents.