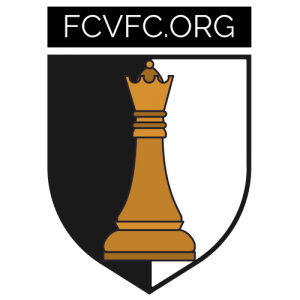 FCVFC | Foundation for Child Victims of the Family Courts

The Rogues Gallery of US Family Court Judges

Read the Complaint to Judge Donald A. Myers, Jr

A Case for Investigation – A Call to Action

Managing the numerous problems that arise from Judicial decisions to transfer children from the hands of Protective Parents, into the hands of an abuser is a problem that demands analysis of every phase of the litigation process. Lawyers can file all the correct Motions and legal interventions, yet the Court is not moved to respond (1 Nashua Holt – Circuit Court, Montgomery County, Maryland Case # 131219 FL Sept. 2014, 2- “ A case for Investigation “- article posted on the FCVFC Blog July 2019 Howard County, MD.) .

We must note for full disclosure, that Howard County Maryland has been noted through our work over the years to be a county that has perfected the coordinated assault on high net worth litigants. We have seen a discrete number of attorneys and associated court actors, GAL’s, Attorneys (purportedly) for the children, “therapists” in cases where heinous abuse of the legal process through the coordinated, orchestrated, manipulated interactions of attorneys for the Plaintiff and the Defendant map out their strategy in advance. We assert that such coordination does involve the judge, and lawyers for both parties. A charade of a court proceeding begins, progresses with a pre fixe outcome in place. Plaintiff / Defendant – Defendant / Plaintiff – we have seen them switch positions mid court charade, battle it out in a meaningless, irrational, fanciful proceeding which hemorrhages money, leaving millionaires bankrupt, homeless and childless. These proceedings have become grazing grounds for equal opportunity abusers, trumpeting false narratives and junk, despicable concepts that destroy the lives of children and all those who love them.

The FCVFC takes the position that responsibility begins with the Judicial decision maker, the Finder Of Fact – or the authority that blocks, distorts or ignores facts. Thorough scrutiny of court transcripts and research into who is this judge and how did they arrive at the position that has been central to destroying the lives of children and all who love them is a central factor in understanding how each case went off the rails.

Research, minute case analysis is evolves into detailed Complaints against judges who are deemed to be responsible for various forms of judicial misconduct, or simply criminal behavior. The majestic legal career of former Arkansas attorney. Judge Michael Maggio was brought down by investigative journalism which began with complaints against his displays of myscogeny and penchant for transferring children into the hands of their sexual abusers. Judge Maggio was sent to Federal prison on a ten year jail sentence as of July, 2017.

This site is posting pictures of these judges to demonstrate how normal, civilized, attractive, reasonable these judges appear, despite involvement in crimes of the most heinous, despicable nature. These judges are “canonized”, inoculated against responsibility for the consequences of their vile acts. In the cases written about on this site, the judges behavior is clearly, beyond a reasonable doubt, conscious, malevolent and obdurate.

The public must be conscious of the fact that Absolute Immunity is supported by absolutely no meaningful oversight of judicial malfeasance.

If the courts were banks, the polling for service satisfaction on multiple levels would be scrutinized as would be reviews of performance with PhD levels of statistical analysis on multiple variables. While judges are decently paid, courts are poorly equipped with technology to provide independent surveillance of court proceedings. Audio, video taping of proceedings of every form of litigation should be built into the structure of the court, not dependent on litigants personal ability to supplement the salaries of court reporters to attain transcripts. The state of technology in courts across the country tends to be limited to the ability of litigants to pay for private court reporters and multiple copies of transcripts, creating massive costs and inequity as to equal access to justice in American courts.

The “Rogues Gallery” Column of the USWhistleBlower is a step in the direction of isolating, analysing, reporting on a case by case basis, what goes on and what we (FCVFC) does about it .